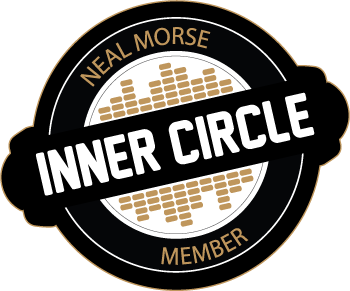 Those of you who follow things closely (you’re prog fans, so you do that, right?) will know that The Great Adventure was an album that came together over quite a long period of time for us. I’ve explained before how it began and how it developed, and in May 2019 I shared the demo of what we thought back then was a single album release — totally unrelated to Similitude!

But over time that changed, and I eventually pulled together a demo for a 2-disc sequel to The Similitude of a Dream. This version included some material from the very original writing sessions, some songs that were left over from the TSOAD writing sessions, and some of the more recent ideas which were reshaped for the new theme.  This was a 2-disc set as well, but was quite different in quite a few ways from what became the final album.

This month’s release is that set of songs, which I’ve called NMB3 - Continuing The Adventure.  Most of this is sung by me, but in many cases the lyrics haven’t reached their final form.  It’s missing quite a few things that emerged from the very final sessions, and things you will hear on these demos didn’t make it!  My hope is those of you who have heard the original album will enjoy this alternative version!

2. Welcome To The World/ Dark Melody/ Got To Run

3. Bottom Line 2/ Hardness of my Heart

5.Love Is On The Way