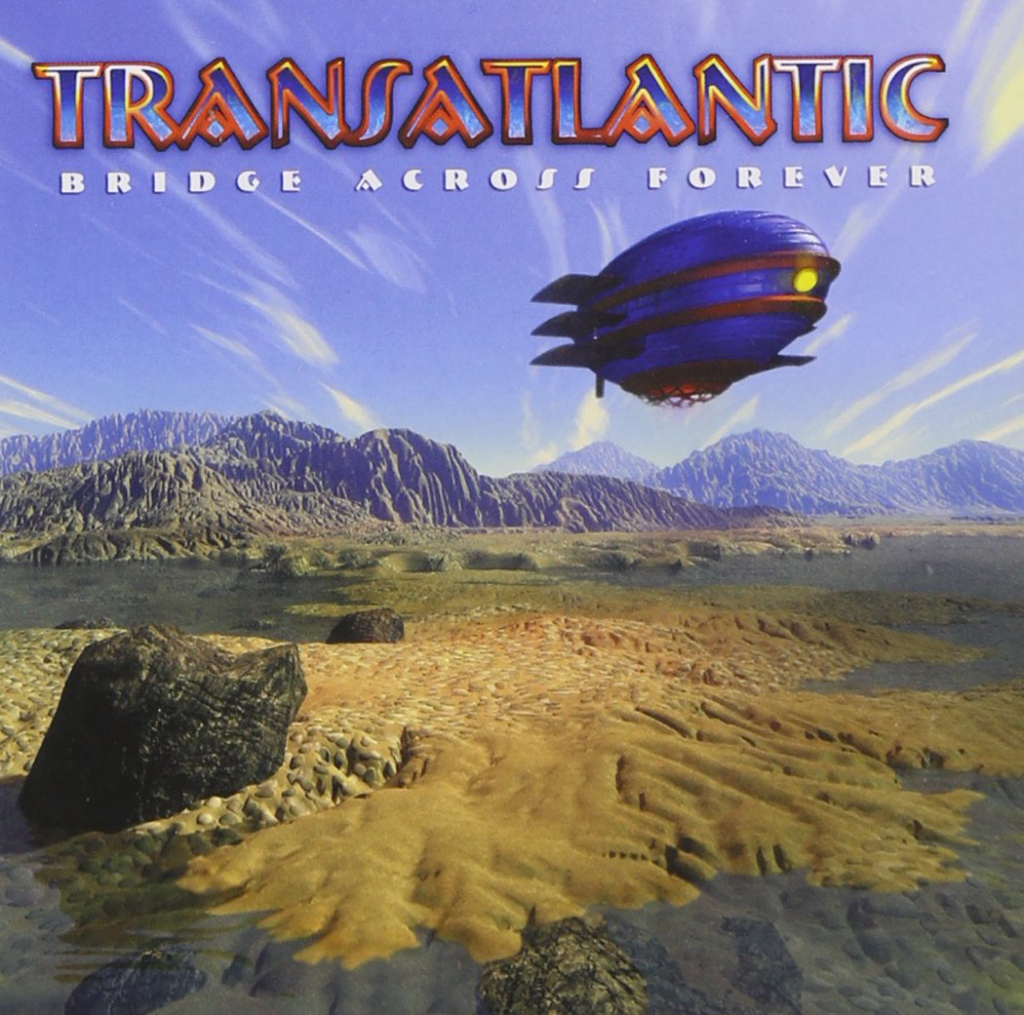 Tracklist: 1. Duel With The Devil i. motherless children ii. walk away iii. silence of the night iv. you're not alone v. almost home

4. Stranger In Your Soul i. sleeping wide awake ii. hanging in the balance iii. lost and found pt. 2 iv. awakening the stranger v. slide vi. stranger in your soul

Transatlantic, the all star ensemble who wowed the rock world last year with their debut offering “SMPTe” are back! A brand new studio album would have us believe that the progressive supergroup are here to stay. Listening to the album confirms that their initial success was no fluke! “Bridge Across Forever” is rather aptly named as it does build many bridges between a vast array of musical worlds. With its foundations shamelessly rooted in 70’s progressive rock, we are taken on a musical journey via elements of pop and soul with smatterings of jazz in between and a healthy dose of classic hard rock. For those not in the know, TransAtlantic is made up of Flower Kings guitarist Roine Stolt, Spock’s Beard multi-instrumentalist and vocalist Neal Morse, Marillion bassist Pete Trewavas and Dream Theater drummer Mike Portnoy. Their sensational debut release shocked critics by entering the national German charts last year (at #66), almost unheard of for anything remotely connected to the progressive rock genre these days! The band also surprised many when they released a double live set entitled “Live In America” earlier this year as a kind of stop gap between “SMPTe” and the next studio release, which was recorded on their modest tour of the US at the end of 2000. “Bridge Across Forever” is the highly anticipated follow up and is a daring new collection of epics that is sure to enthrall fans once again. The new album reflects more of a true band sound this time, whilst still allowing the fab four to wear their influences proudly on their sleeves. TransAtlantic has again enabled Stolt, Morse, Trewavas and Portnoy to indulge a brand of song writing, which is totally uninhibited or restricted to any particular style or length, something which they have really taken advantage of with the opener ‘Duel With The Devil’ and the weighty ‘Stranger In Your Soul’ both clocking in at just under half an hour each! Despite the fact that each track has allowed them to flex their musical muscles with expansive improvisations, the song writing is never compromised as a result. The album contains an abundance of memorable hooks throughout as well as the heartfelt ballad title track. It is the successful combination of the past and the present that gives this band such a unique flair. TransAtlantic's music cannot be safely boxed into any specific period or genre. In a world where we are constantly fed fast food, bite size chunks through radio and MTV, TransAtlantic proudly step forward to offer up a veritable gourmet feast. European fans now wait with bated breath as TransAtlantic prepare for their first ever European performances this coming November and it promises to be a real treat for music lovers!