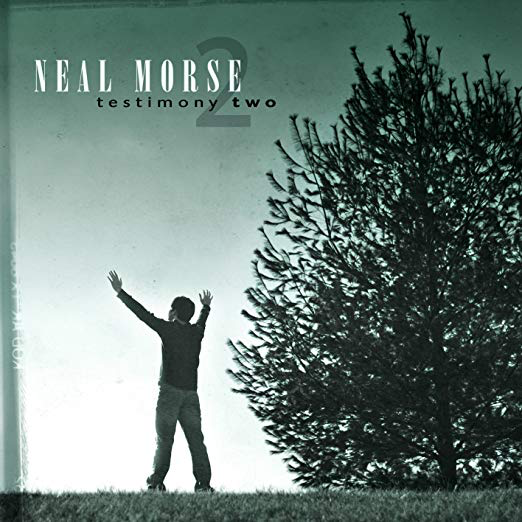 "Testimony 2" is the sequel to "Testimony", with which Neal started his prog solo career in 2003 and which is a very personal testimony of his conversion to Christianity. This release, however, doesn't tell the events since the release of "Testimony", but rather targets the part of Neal's story that triggered his radical change: The healing of his daughter, who was born with a hole in her heart. The healing that turned his life inside out and eventually led him to leave his highly successful progressive rock band Spock's Beard in 2002.

As befits a sequel, the album opens with a musical theme from "Testimony", while the track list logically starts with part six. The album is divided into three pieces, each more than 20 minutes long, in which familiar motifs appear throughout. A highlight not only on paper but also on the album is the contribution of Neal's old Spock's Beard bandmates Nick D'Virgilio, Dave Meros and Alan Morse in "Time Changer", who sing dizzying vocal harmonies in the best Gentle Giant and "Thoughts Part II" style. But Neal and his now longtime companions Mike Portnoy (ex-Dream Theater, Transatlantic) and Randy George (Ayalon) have saved the best for last: With "It's For You" and "Crossing Over / Mercy Street Revisited", the record ends as breathtaking as Transatlantic's "The Whirlwind" or "One" and "Sola Scriptura" from Neal's solo catalog. It delivers so much power, so much sensitivity and so much authenticity that it is simply amazing and deeply touching.

CD2 contains three more songs that have no connection to the Testimony concept, including the spectacular 20-minute epic "Seeds Of Gold". No other than Deep Purple guitarist Steve Morse contributes a fantastic guitar solo. Also Paul Bielatowicz, who has established himself as tour guitarist of the Carl Palmer band and who now made himself known as a longtime member of the European Neal Morse live band, has once again proven his skills with two sensational guitar solos on CD1. The Limited Edition of this album will feed the inquisitive fan even more with a one-hour "Making Of" DVD.