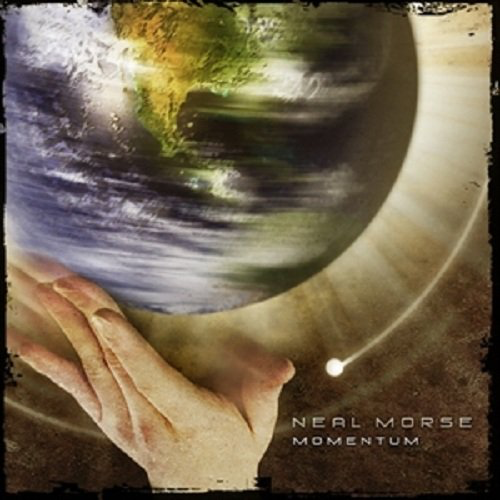 'You've got some new Momentum...you better keep on going,' Neal Morse declares in the exciting title track of his new album. After an amazing 2011 that included the release and subsequent world tour of 'Testimony 2', and the release of the five disc set of 'Testimony 2 Live in L.A.', what could Neal possibly do to follow that? 'That's about where I was in January of 2012; waiting and wondering what was next. Then, Mike (Portnoy) had an open window at the end of January, so I booked him and Randy (George) to come to Nashville to record. But I had no album! Fortunately, an explosion of creativity happened that far exceeded our expectations...'

Featuring guitar work of six string legend Paul Gilbert, and of course, the stellar drumming of long time partner Mike Portnoy, 'Momentum' is a musical thrill ride that will leave you breathless! Everything you'd ever want in a Neal Morse album is here; going prog elements, hooky pop choruses, intricate vocal weaving, blistering musicianship and beautiful melodies are all present and accounted for. Highlights: 'Thoughts Pt 5', the perfect sequel to the earlier Spock's Beard classics, 'Weathering Sky', rock/pop brilliance and 'World Without End', clocking in at 33:51, this is the ultimate prog epic from the man who practically invented the term.

Also featured on the album is Neal's newest find, Brazilian guitarist Adson Sodre and other members of Neal's new live band. With its surprising directness, depth and pure prog exhilaration, 'Momentum' is quite possibly the ultimate Neal Morse album.