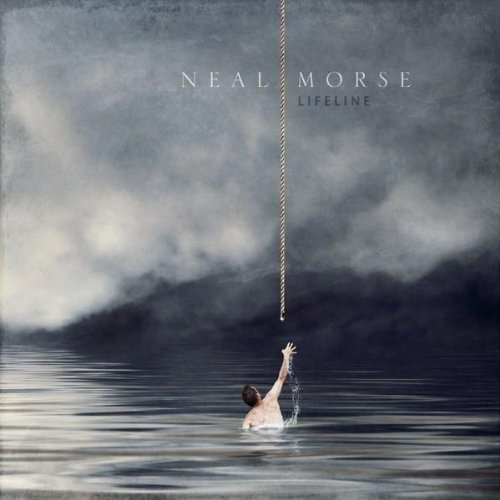 September 30, 2008-Hot on the heels of his breakthrough concert DVD, Sola Scriptura & Beyond (which sold out before its release date), Morse unleashes another progressive rock masterpiece with Lifeline. But where do you go from Beyond?

Lifeline is a collection of songs exploring a variety of topics in musical styles ranging from the classic sound of early Spock's Beard to the fiery intensity of Sola Scriptura. For the first time in his solo career, most of his album's songs span five minutes. (Then again, this is a Neal Morse album. So yeah, you're also in for a 30 minute prog tour de force.) Overall, Lifeline is a breathtaking leap into uncharted musical territory, and a triumphant return to the eclectic sound of his early work with Spock's Beard and Transatlantic.

The album opens with the title track, "Lifeline", a song that might have overslept the Spock's Beard V sessions. Neal honours the desperation he experienced for most of his life, and celebrates his eventual escape. Morse explores this previous life more intimately in the beautifully tragic "The Way Home".

"Leviathan", the third track, expresses Neal's lighter side. Humour is not usually associated with prog…then again, neither are metal guitars answered by funk horns, and sneezing sea monsters. Perhaps ironically, this is also probably the heaviest track of Neal's career.

Neal explores spirituality, love, and hope on the next two songs. The most recognizable for Morse and Beard fans will be the second, "Children of the Chosen". Its anthemic, harmony-laden choruses evoke Snow's "Wind at My Back". Together, both songs are among Neal's most engaging.

"So Many Roads" is Lifeline's inevitable, majestic epic. Chronicling Neal's life, musically and biographically, the song traverses the many musical paths leading to the establishment of one of rock's distinctive voices. Prepare for a surprisingly candid account of Neal's early experiences, and his motivation to seek a new life.

Bringing Lifeline full circle is the closing track, "Fly High". Neal sings of returning to the beginning…before there were so many questions, so many roads. We return to where we were as children-safe in the eye of a raging storm. Looking skyward, we see a path leading out. We reach upward, higher than we ever could, and grab hold...