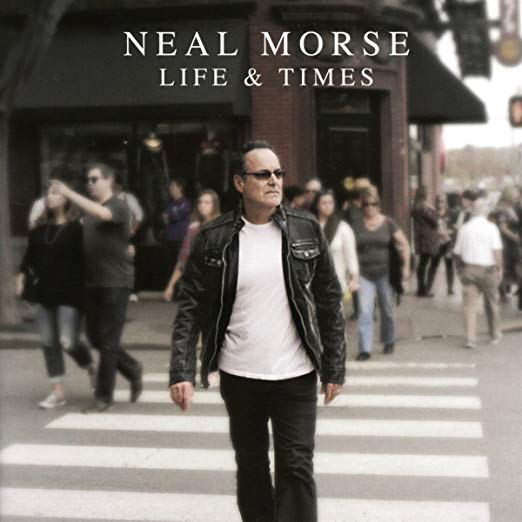 Now in his mid-fifties and his children grown up, there is a sense on his new album, LIFE & TIMES, that Morse is looking around and taking stock. “I’ve come through a lot of difficult times and I’m in a fairly content place now,” he says. “You can feel that on some of the songs.” Much of this ‘acoustic-orientated, singer/songwriter’ album was written while he was travelling around the world on “The Road Called Home” tour in 2017, with some of the songs being inspired by the places he visited, while others are from spending time with his family.

For example, “Manchester” is a musical portrait of that notorious rarity—a sunny day in Manchester, England—when Morse was sitting in a coffee shop watching the world go by. “Selfie in The Square” captures what he saw walking around Luxembourg City, hearing the cathedral bells and children playing, but realizing what a difference it makes to share these experiences. “Luxembourg was really nice, but I knew that if my wife was there, it would feel like a holiday, so I wrote a song about it to send to her,” he explains.

Some of these slice-of-life portraits also resonate with other people’s heartaches, such as “Joanna,” which focuses on Morse’s son dealing with the loss of a relationship and— most poignantly—“He Died At Home,” about a mother’s grief over the loss of her soldier son.

LIFE & TIMES gives listeners the chance to hear a different but equally powerful side of this artist’s musical heart.