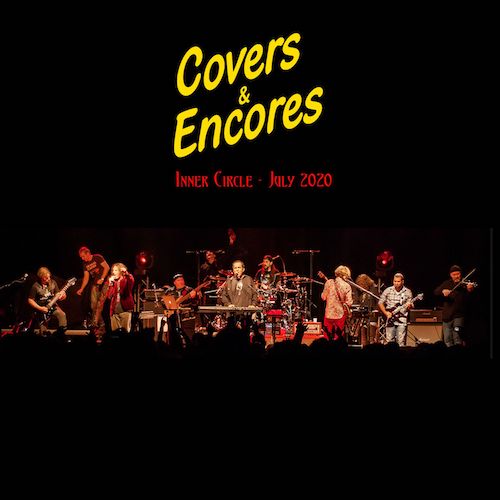 “I always try to tie each Inner Circle release into what’s ‘in season’ at the time. With Cov3r To Cov3r being released this month, I thought a fitting IC release for July would be a collection of covers and encores I’ve performed earlier in my career – hence the name of this month’s Inner Circle release: Covers & Encores.

As you might imagine, I’ve covered hundreds (more likely thousands) of songs over the course of my career, especially in the early days, cutting my teeth in tiny dive bars. Picking which covers to include was no easy task. But then I remembered that someone recently reminded me about a time I sang a full set of Pink Floyd covers. The details are sketchy, but we performed them as soundalike versions of the songs, with the intent of playing them as true to the original recordings as we could. (I’m not sure I was the natural choice vocalist for that, but I think they came out pretty well!)

In addition to those Pink Floyd covers, I thought the Inner Circle might enjoy reliving the Alive Again Tour encore. The Neal Morse Band had such a fun time working up that encore medley, and it was a highlight every night we performed it on that tour. When we’ve played the song ‘Reunion’ live, Mike often shouted, ‘Jet!’ during the intro because it sounds a bit like the Paul McCartney song. On a few shows, we actually played ‘Jet’ as part of that encore medley, so listen for that in this track.

Of course, another ‘in season’ event that’s transpiring is we are putting the finishing touches on the new Transatlantic album! For this reason, I decided to include a recording of a Transatlantic encore. When we toured with the Flower Kings in 2013, with 75% of Transatlantic there, we played a 30-minute encore of that material, with guest spots from various Neal Morse Band and Flower Kings members, ending with a cast of thousands onstage!

I hope you all enjoy this month’s Inner Circle release!”