The Great Adventour Live in Brno 2019 is here! 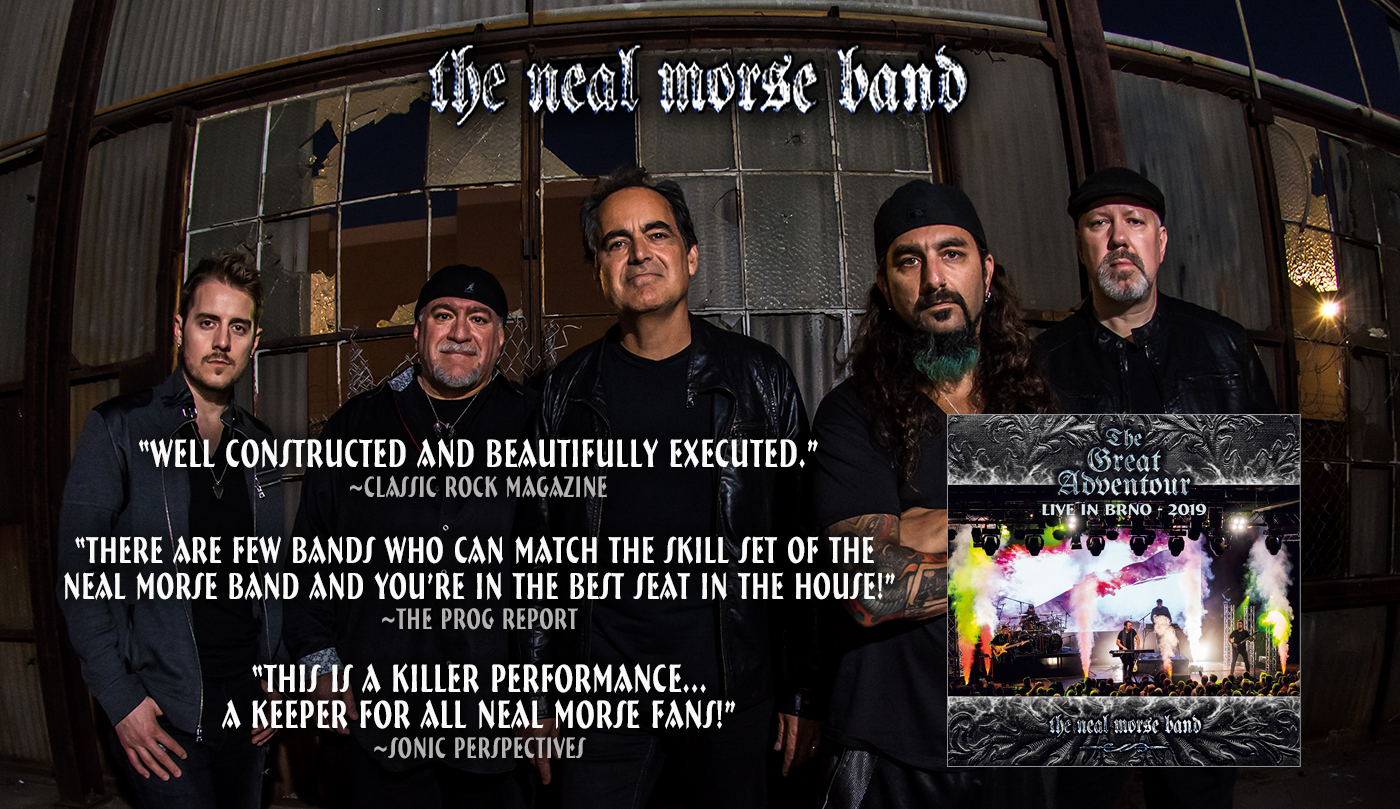 We are proud to announce that the waiting is over ... The Great Adventour Live in Brno 2019 is here! This is one of the most anticipated live releases of the decade (OK, we're only three months into the new decade, but hey, it still counts!) and once you get your hands on it, you'll understand why.

Shot beautifully in high definition, the concert captures the essence of The Neal Morse Band unlike anything released before. The electric crowd in Brno was treated to an extraordinary performance by the band, who played The Great Adventure in its entirety, including "The Great Medley," which masterfully weaves in fan favorites from the past several albums.

Everything from the light show to Neal's several costume changes bears testimony to the fact that this was no ordinary rock show; it was a classic in the making. No wonder Classic Rock magazine calls this performance "beautifully orchestrated." And Sonic Perspectives reported, "This is a killer performance … a keeper for all Neal Morse fans!"

Available as a 2 CD + 2 Blu-Ray Digipak, the set also features two tour documentaries from both the US and European runs, as well as the official music videos for the singles taken from The Great Adventure.

The level of musicianship on The Great Adventour Live in Brno has to be seen to be fully appreciated. You will be in for a musical treat of epic proportions!

The album starts shipping TODAY, so get your hands on it right away and you'll see why The Prog Report stated, "There are few bands who can match the skill set of The Neal Morse Band, and you're in the best seat in the house!"