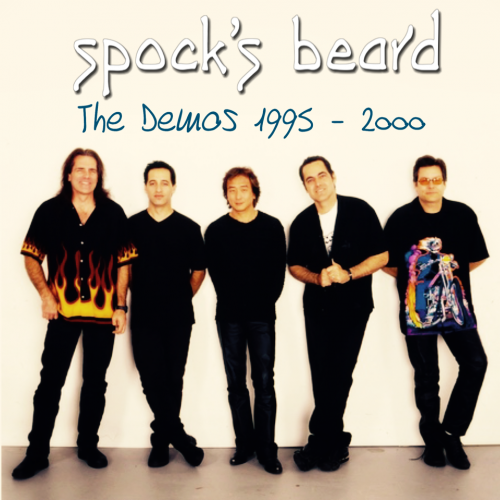 We got such a great reaction to the recent Inner Circle release of Spock’s Beard recording sessions and live video. We are delighted that everyone enjoyed seeing early days of the band. While clearing out the vaults, we also found some of the original demos which were recorded for those early Spock’s albums which have never had an official release … until now!

We are delighted to release Spock’s Beard: The Demos 1995 – 2000, which includes 9 demos, mostly recorded by Neal, with tracks from the albums spanning from Beware of Darkness through to V. Hearing these tracks is hearing the songs as Al, Nick, Dave and Ryo first heard them when Neal shared them, and before they added their magic touch to the tracks. The discerning ear will hear variations and unfinished lyrics and will also notice some nuances that made the final versions which are absent in the demos.

The live footage also got us thinking about the Spock’s live albums which were some of the very first Radiant Records releases and that are largely out of print in physical form. We thought it would be cool to make those available to purchase as downloads for those who weren’t around in those early days. So we are officially releasing via our website: “The Official Live Bootleg (Progfest 1995)”, “Live At The Whisky and Nearfest” (a compilation of two live shows from 1999) and “Don’t Try This At Home – Complete!” (a 1999 show from the Day For Night tour recorded at the 013 in Tilburg, presented for the first time in the full running order).

But wait, there’s more …. the demos, plus the 3 live albums, will also be available in a discounted price download bundle that includes an exclusive additional demo of “The Healing Colors of Sound”, the epic track from the “Day For Night” album!

Check it out HERE!